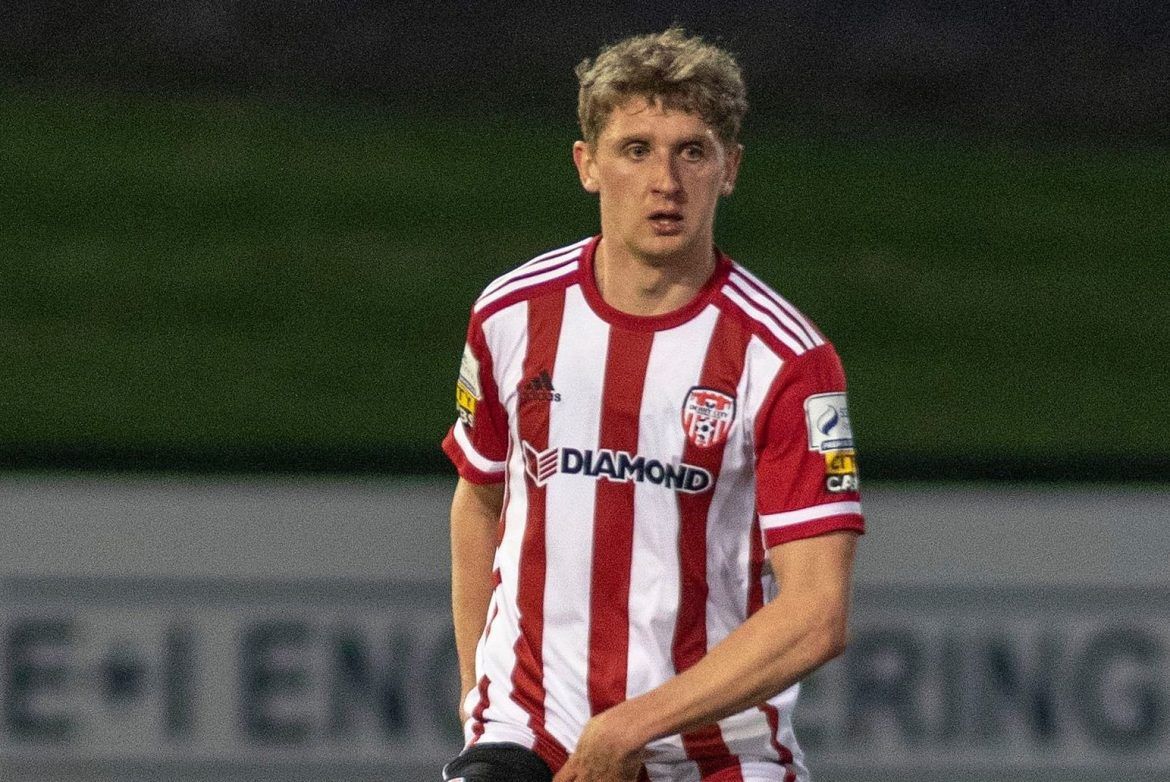 RONAN Boyce netted his first senior goal as Derry City got off the mark for the season.

James Brown fired Drogheda in front in the 24th minute after Derry failed to cut out Dane Massey’s cross.

Five minutes before the break, Boyce rose superbly to brilliantly head home Will Patching’s ball in.

Ramelton man Boyce had been handed a first senior start on Tuesday night in a 2-0 defeat to Shamrock Rovers.

Having impressed there, Boyce retained his place and his goal came as a tonic for what was an out-of-sorts Derry.