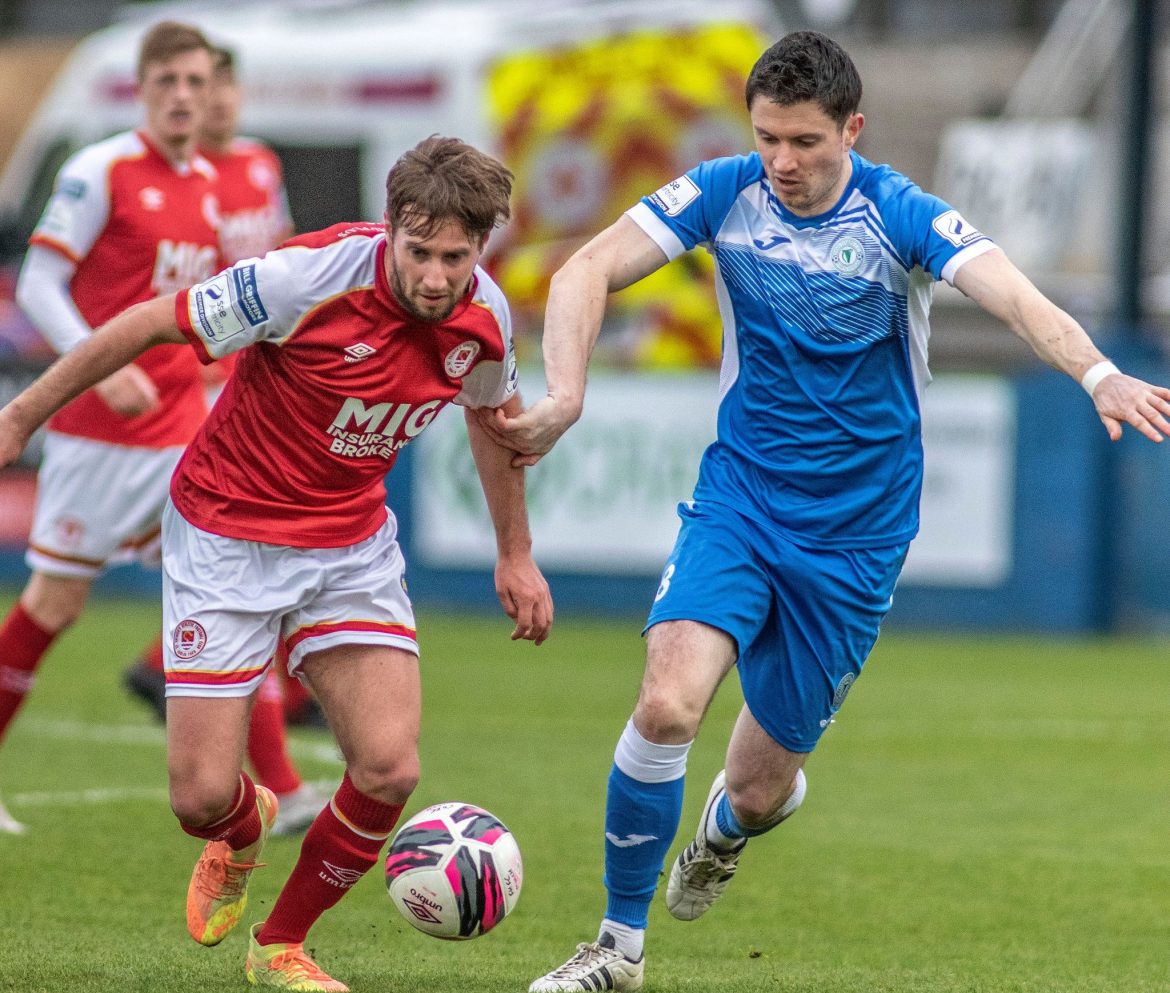 AS Johnny Dunleavy jogged out towards the Town End of Finn Park on Friday evening, the old memories came flooding back.

Playing for his boyhood club was a moment Dunleavy always wondered about.

“It was great to be out there,” Dunleavy said.

“In many ways it was a dream come true.

“It’s well enough documented that I’m a Harps fan all my life. I used to stand up behind the goals on the terraces and watch them.”

Dunleavy was picked up by Wolverhampton Wanderers in 2006. Highly-rated as a schoolboy at Ballybofey United, Dunleavy opted against Manchester United and Celtic to make the move to Molineux.

In the West Midlands, home was never far away for Dunleavy.

For the duration of his time at Wolves, Dunleavy had a Harps scarf and pennant hanging above his bed.

In May 2009, after three years in the academy, Dunleavy was given a two-year contract at Wolves. Mick McCarthy was the manager at the time – and a man Dunleavy held in the highest of regard.

He said on signing that pro contract:  “The fact he had such a great career himself as a defender means I have so much I can learn from him and so any advice I get is very much appreciated and taken on board.” 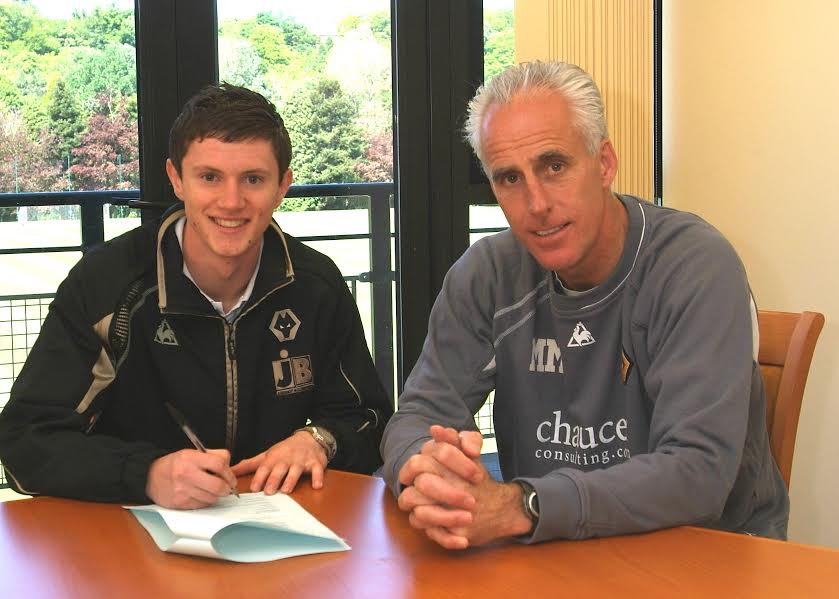 Johnny Dunleavy with Mick McCarthy in 2009

Dunleavy was luckless and a litany of injuries would ultimately end his time in England.

Luck was absent. Take the broken foot he sustained during a pre-season while in Shrewsbury to watch his younger brother, Rory, play in a schoolboys tournament.

“The next pre-season, I played a game for the first team. Then, the following week, we’d a reserve game and I just put the foot down in a corner of the pitch and heard it crack. It was pinned, but didn’t take.”

Another time, McCarthy was to attend a reserve game to check in on Dunleavy.

Barely two minutes in, Dunleavy went into a tackle and his night was over. 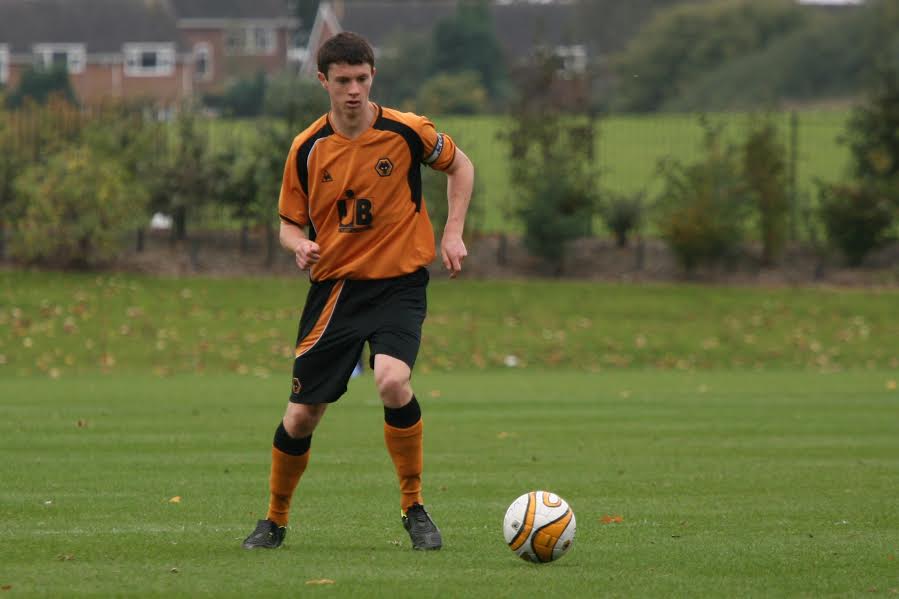 He remembered: “Mick hadn’t even arrived at the ground. So, as I was walking into the physio room, he was walking out to watch the game. He just looked at me and shook his head. He didn’t know what to say to me.”

Dunleavy was on loan to Barnet in 2011 when a freak accident saw Dunleavy collect ligament damage. That summer, he was released by Wolves.

The Ballybofey man was capped by the Republic of Ireland all the way to under-21 level and wore the captain’s armband several times.

He once described his injury history as reading ‘like a shopping list’ as he recalled:  “I broke my foot twice, I tore the ligaments in both of my ankles, I did the medial ligament in my right knee and I did the cartilage in my left knee. I also tore my hip flexor before the European Championships and then I broke my cheekbone.” 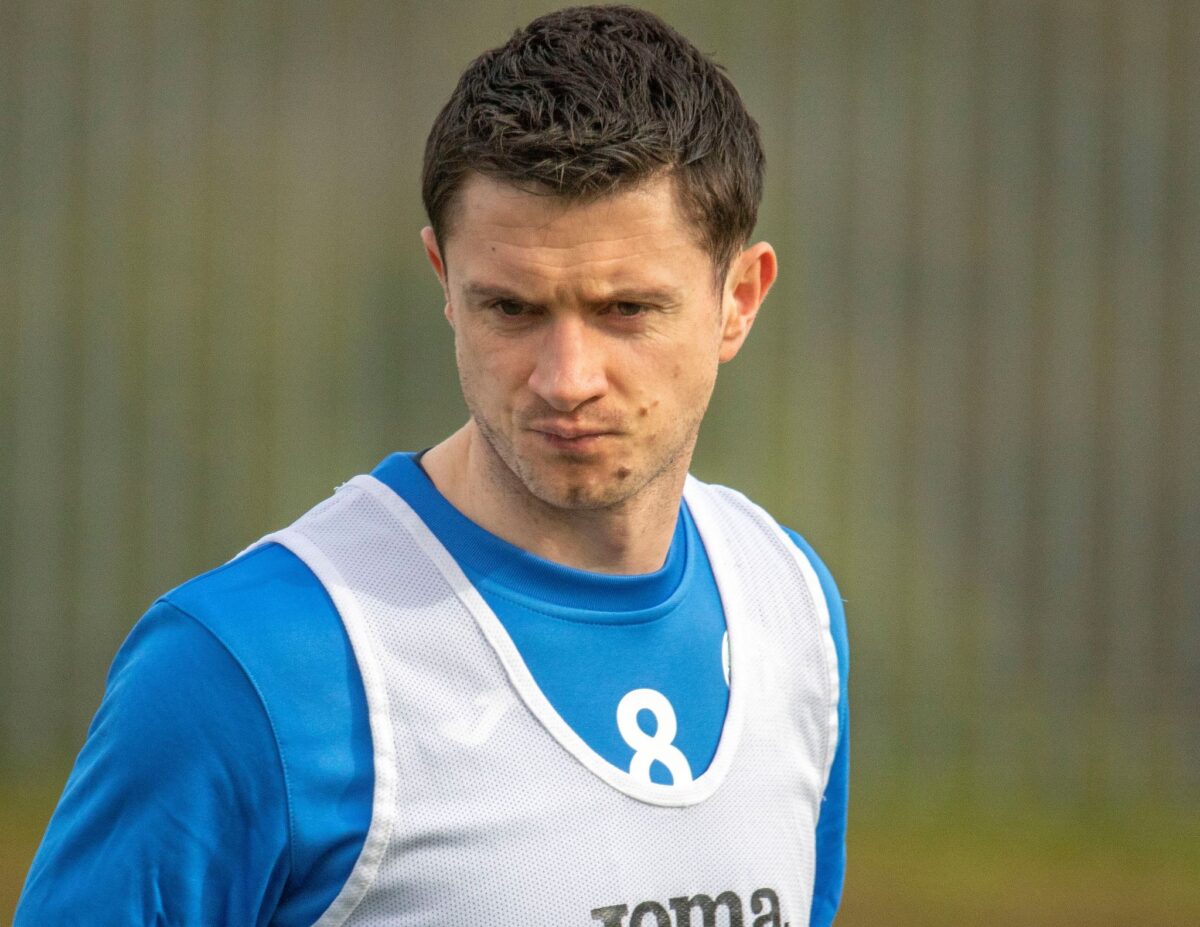 The ability and the enthusiasm never dimmed, though.

McCarthy recommended him to the then Cork City manager, Tommy Dunne, and he spent six years on Leeside. John Caulfield went as far as making Dunleavy captain. He missed the 2016 FAI Cup final through injury, a micro fracture on a knee, but 2017 was the one that stung hardest: He ruptured a cruciate ligament in June 2017, an injury that kept him out of Cork’s run to the League and FAI Cup double.

The last two seasons were spent at Sligo Rovers, but his League of Ireland voyage looked over at just 29.

Dunleavy worked closely with medics at the Sports Surgery Clinic in Santy and with Letterkenny-based physiotherapist Johnny Loughrey and a chink of light appeared. 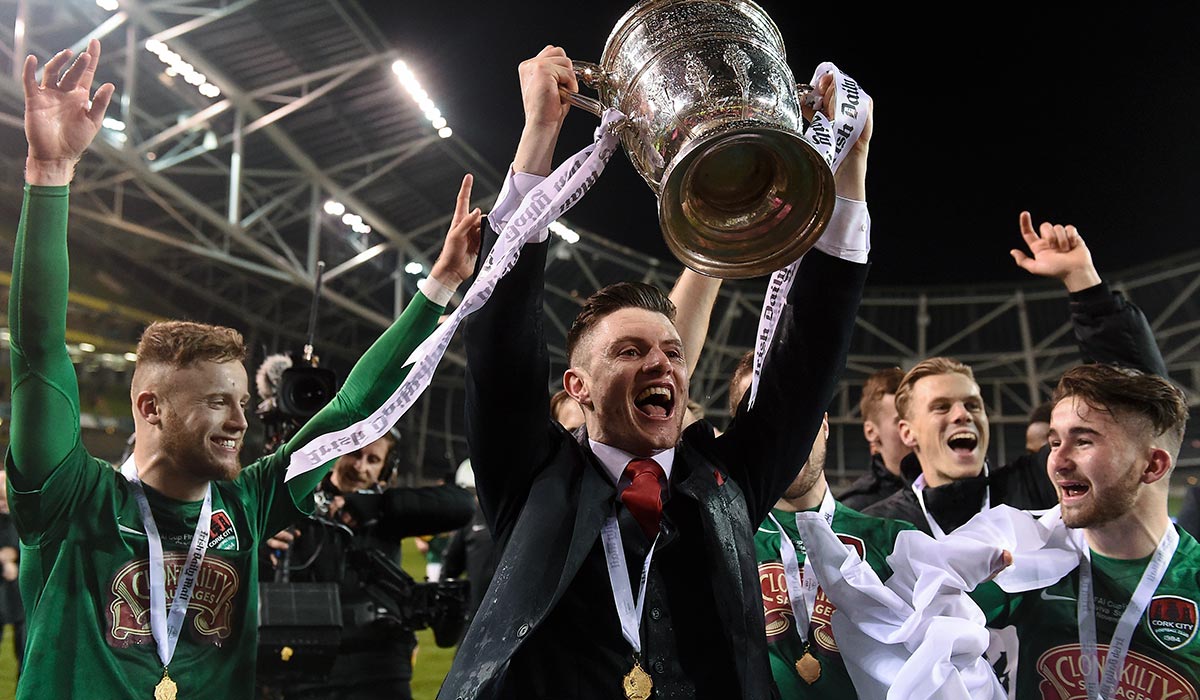 He said: “As far as I was concerned, I had an operation last Christmas that would allow me to exercise again, never mind play football.

“My mind was fairly made up and the advice I was getting was something similar,

“This, being back playing again, is a bit unexpected.  This is bonus territory for me.

“After Christmas, I had got into a bit of training and the operations as much better than expected.

“I had a word with Ollie, did a little bit of training and here we are.”

There haven’t been too many Ballybofey men to wear the Harps colours regularly in the Premier Division in recent times.

In ordinary times, Dunleavy would’ve had a rapturous welcome rather than running out to an empty stadium. In 2004, when Chris Breen and Shaun McGowan made the transition from terrace to jersey, it meant a little more – to them and to the group in the stand they’d vacated.

A young Dunleavy was hooked at Harps when he watched Breen and McGowan help Harps to win a First Division title in 2004.

There have been some choppy seas down Navenny Street since then, but now Dunleavy wants to help his hometown club take the next step in the top flight.

He said: “It was a big challenge. I’m lucky that I have some experience that I can bring to the fold.

“If I can help the club in any way, on or off the pitch, I will only be delighted to do it.

“I enjoyed it and it was lovely to be back out on the pitch again.”

Friday wasn’t a dream debut, however, as Harps lost 2-0 to an in-form Pat’s.

“How disappointed the lads are shows where the expeditions are now,” Dunleavy observed.

Harps had a flying start to 2021, but are now three games without a goal as Shamrock Rovers come into view.

Dunleavy is certainly optimistic for the road ahead.

He said: “There is so much quality in that dressing room. You can really see that in training.

“It’s a great group to be a part of so hopefully we’ll start putting things right next week. The attitude and the work ethic in there, not to mention the quality, is brilliant.

“There is so much talent in there, both homegrown and lads who have come into the club. We’ll keep improving this season and no-one will enjoy playing us.”

His might well be the shortest commute, but his has certainly been the longest road.