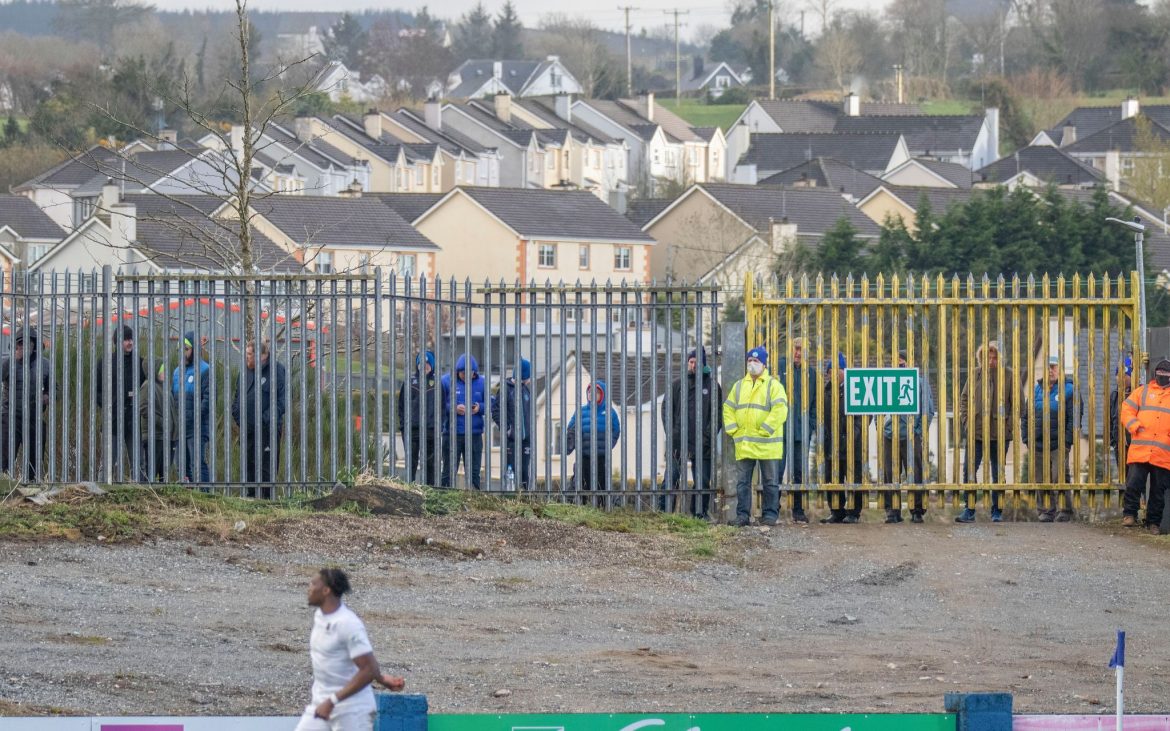 GARDAÍ have asked Finn Harps supporters to desist from congregating at the River End fence to watch matches.

Since the onset of the Covid-19 pandemic in 2020, a group of Harps supporters have peered through the fence to cheer on their team.

On occasion, they have also been joined by opposition fans.

However, concerns at the gatherings have now resulted in the authorities stepping in ahead of Friday evening’s game against St Patrick’s Athletic.

Writing on Twitter, Harps secretary Kathy Taaffe told one supporter that an issue arose at the recent game against Waterford.

When Dave Webster netted an injury time winner, the gate was opened and some supporters went inside the ground.

The Harps secretary said: “That was a serious breach of Covid security; the FAI & Gardai have responded accordingly. We have no choice but comply.”

In a statement, Finn Harps said: “The club has been contacted by An Garda Síochána who have asked us to request that supporters do not gather behind the fence at the River End to watch matches tomorrow and in the future.

“We understand the continuing disappointment of not being able to come to watch games at Finn Park and appreciate your cooperation on this matter. Hopefully we will be able to welcome our loyal supporters into Finn Park once again in the near future.

“We urge fans to comply with this request as failure to do so may result in penalty or punishment levied against the club.”

Harps have back-to-back home games against Pat’s and Shamrock Rovers on the next two Fridays.

Harps have not been able to open the Finn Park gates properly since Covid took hold.

For a brief spell, a small amount of season ticket holders were able to attend games when a 200-person limit was in place, with the club conducting a draw for those interested.