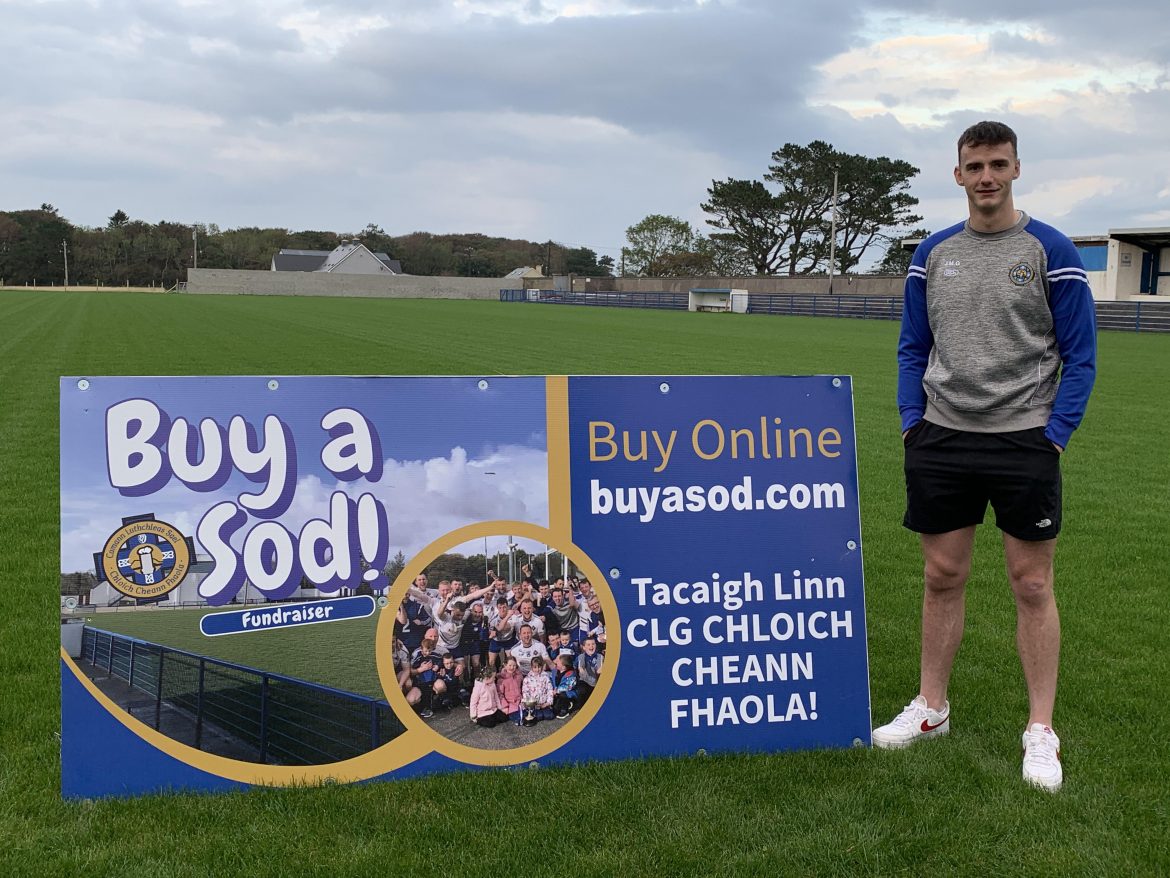 The launch video consists of interviews with Joe McGarvey (Chairman), Kevin Mulhern (Senior Player), Mark Harley (Senior captain) and James Coll (Reserve player), John Joe McGeever (Minor Board Chairman) and Jason McGee (club and county player) so feel free to have a look at the video below and check the club’s Facebook page for further details.

“As you are aware over this past year the club has been striving hard in the development of our new top of the range pitch.

“Just like the old pitch stood the test of time for previous generations; this new pitch will be used by GAA players and volunteers alike for many generations to come and we are excited about getting this new pitch up and running in the not too distant future.

“Although we were in receipt of a sports capital grant (76k) to help partially fund the pitch we still have a long way to go to cover the costs of the remainder of the pitch (in total we estimate the finished pitch to cost in the region of €200,000).

“With this year hitting the club particularly hard financially (due to Covid) we’ve established this fundraiser to drive on the development of our much needed facility.

“The GAA is an integral part of our community and we are inviting all our current and past club members, supporters, and anyone connected to Cloughaneely GAA at home and abroad to support this fundraising initiative by sponsoring a sod of our new pitch for €100.

“The names of those who sponsor a Sod will be engraved on a  permanent fixture will be erected at the club grounds.

“We greatly appreciate everyone’s support and loyalty to the club during this trying year and we look forward to opening the gates to our new pitch in the near future!

Sports gets a little light in Covid-19...