THE Ulster Senior League has announced that Monaghan United FC has joined the League for the 2021/22 season.

Following positive discussions, USL representatives met with members of the Monaghan United executive committee this week when the club’s entry was formally agreed.

Monaghan United will play their home games at Gortakeegan and the team will be managed by Raymond Clarke and former ‘Mons’ goalkeeper David Ballintine.

“We see this as an important step for the club and we’re really excited for the start of the new season. 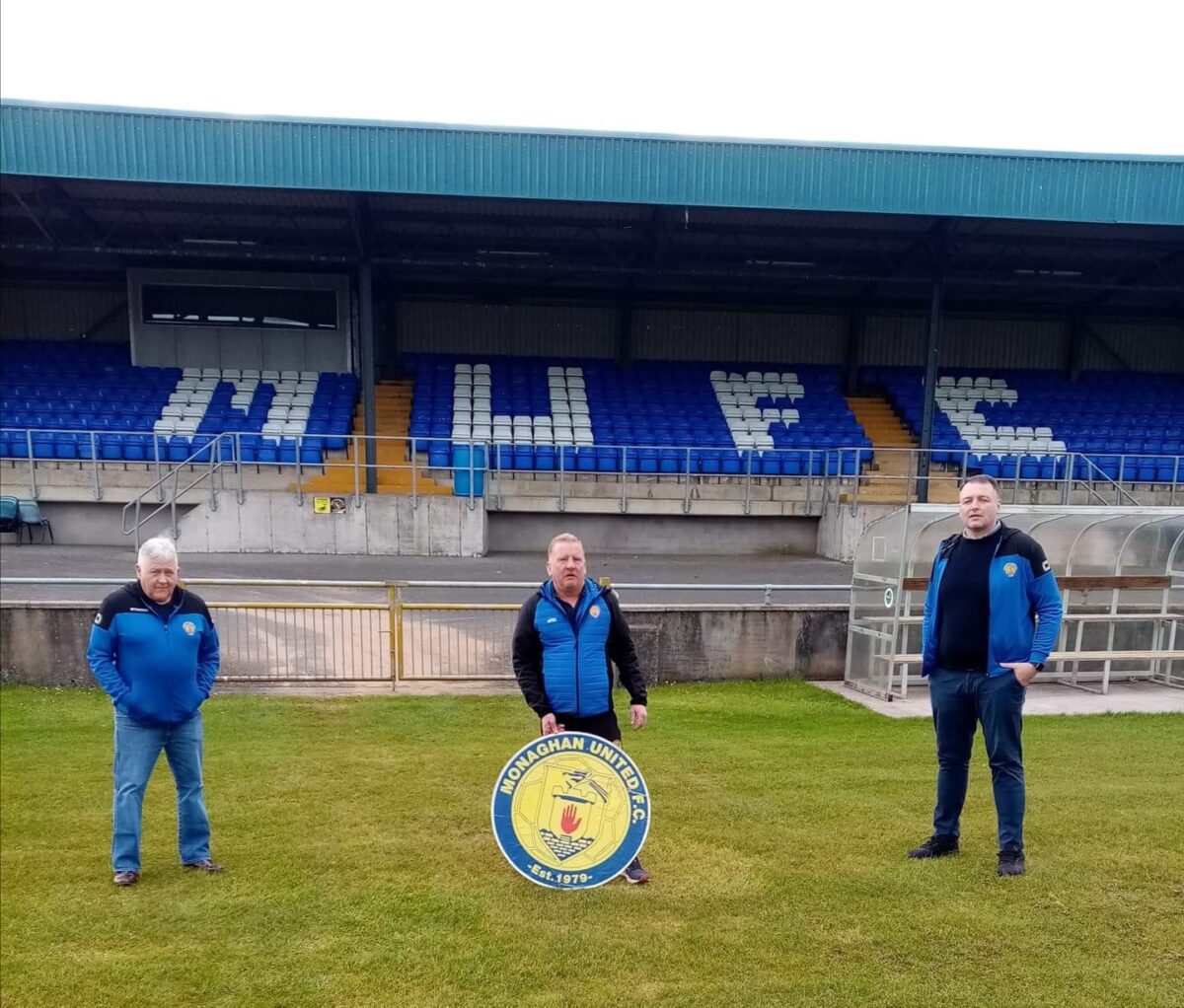 “The standard of the teams and clubs in the Ulster Senior League speaks for itself and we are thrilled to be moving into the intermediate grade.

“We have found the Ulster Senior League personnel enthusiastic and professional in our dealings and we look forward to playing our part in further developing the league.”

Monaghan United were founder members of the League of Ireland First Division in 1985 and played senior football until 2012.

They will become the first club from the Monaghan-Cavan area to play in the USL in the 35-year history of the League.

“They club’s ambition and professionalism has been very evident from our conversations. The club and their excellent facilities at Gortakeegan will be a great addition to the USL.

“This is a real positive for the USL and our existing member clubs and players. It is a great shot in the arm for the League.”

Mr Callaghan added: “The Ulster Senior League executive remains committed to retaining and improving intermediate football in the area and we are always striving to grow the USL as an attractive option for aspiring clubs.

“We are actively engaged with other clubs in relation to joining the USL. It is our hope that the arrival of Monaghan United will act as a spur for further teams to step into intermediate football.

“The USL remains in ongoing liaison with the Football Association of Ireland regarding the further enhancement of the intermediate tier of the Irish football pyramid.”